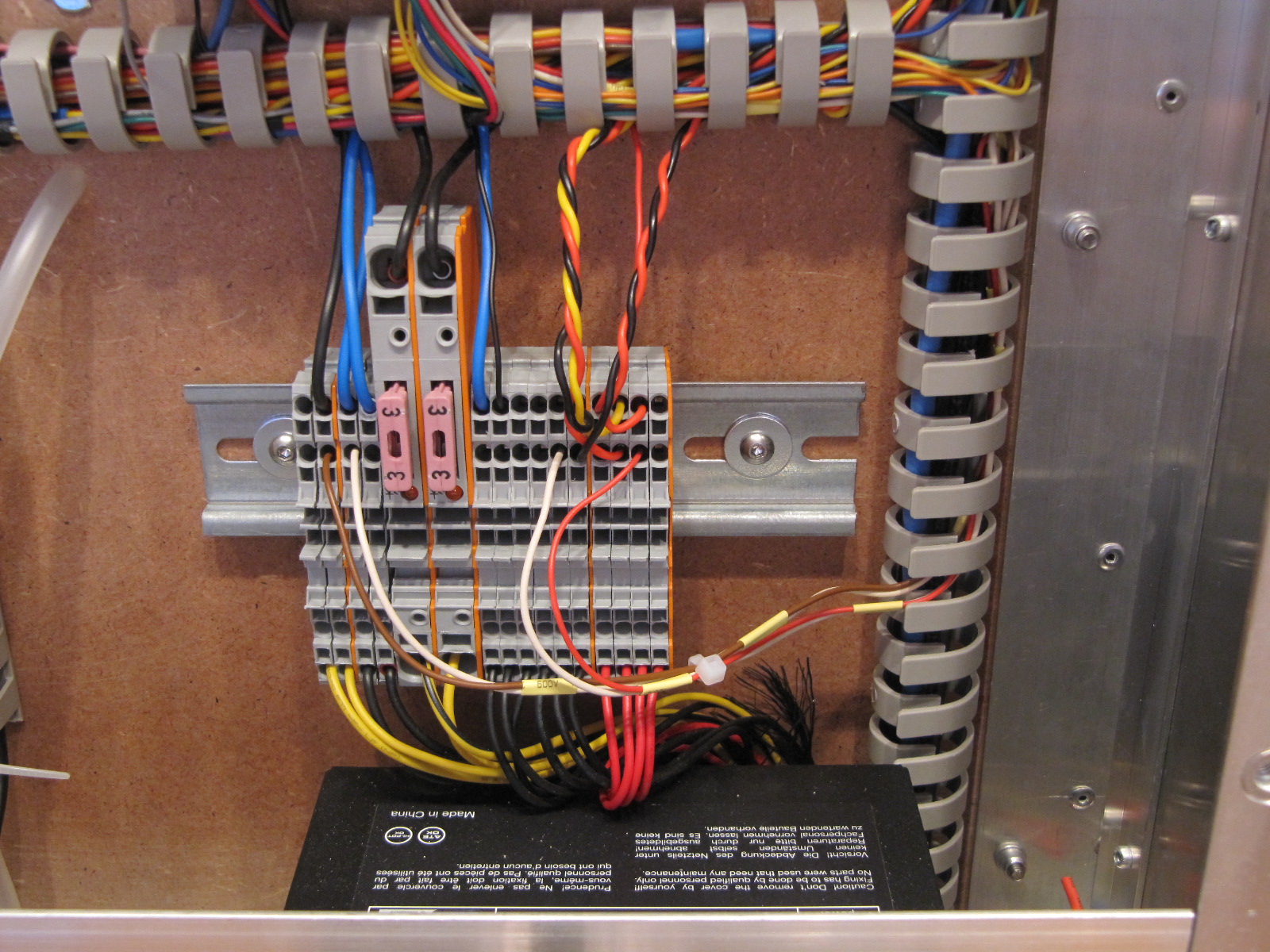 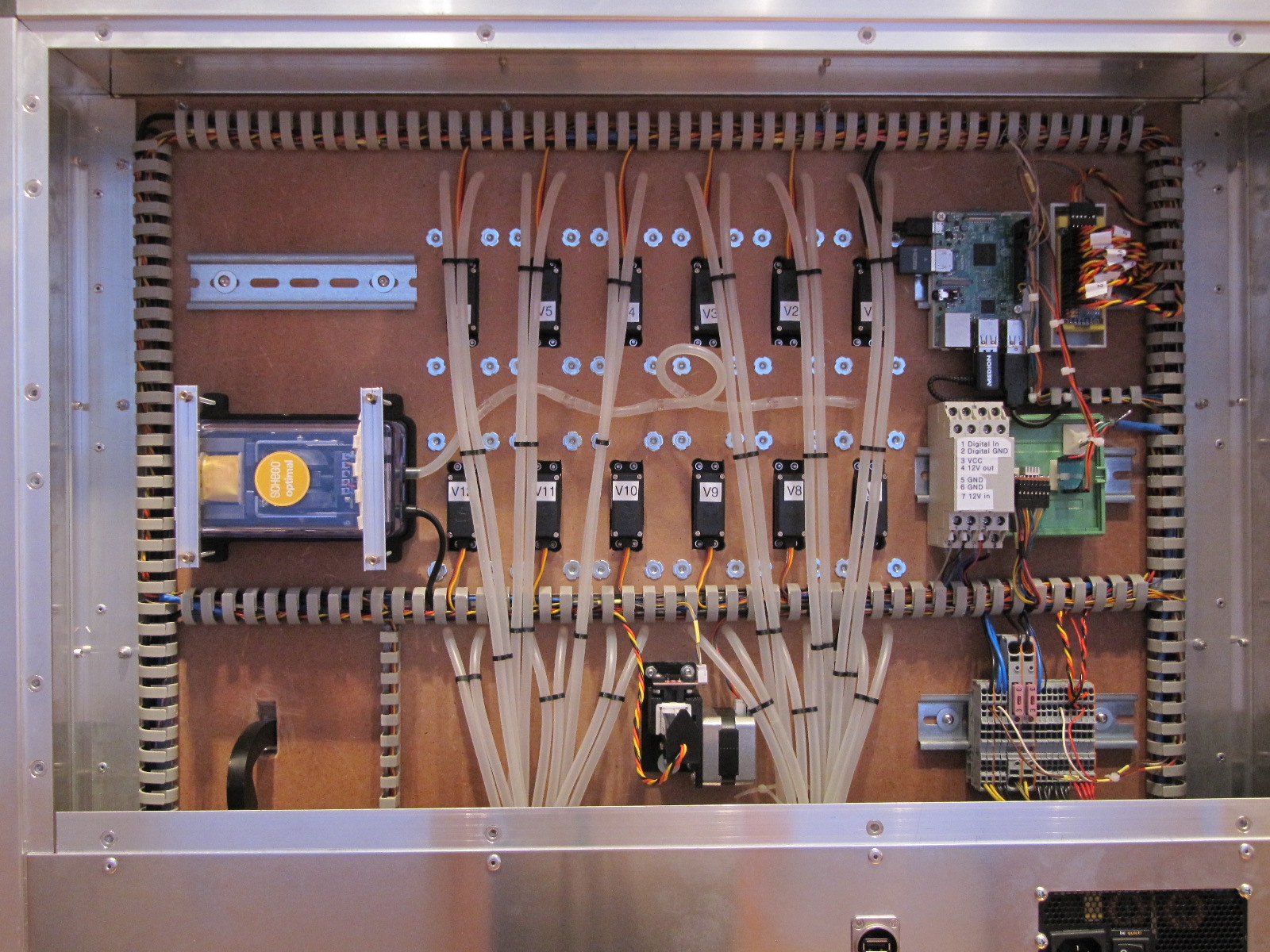 The interconnection of the individual components (Fig. 15) is relatively simple. We recommend placing the HX711 board as close as possible to the Raspberry Pi in order to keep the I2C lines short. For the illumination two WS2812B LED strips were connected in parallel to the GPIO of the RPi. There are 15 LEDs in the lower compartment (bottles) per line and 30 LEDs in the upper compartment of the housing. The pinout of the Raspberry Pi can be seen in Fig. 16. The optional all-round light must be switched via a transistor (Fig. 17).